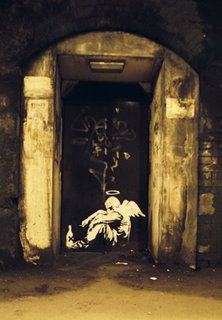 banksy writes :: "Imagine a city where graffiti wasn't illegal, a city where everybody could draw wherever they liked. where every street was awash with a million colours and little phrases. Where standing at a bus stop was never boring. A city that felt like a living breathing thing which belonged to everybody, not just the estate agents and barons of big business. I magine a city like that aand stop leaning against the wall - it's wet." his site
posted by Michelle M 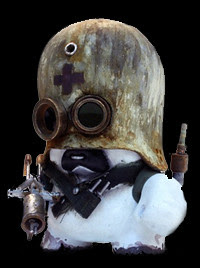 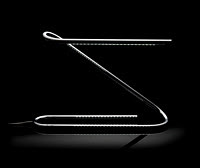