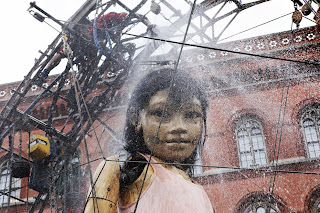 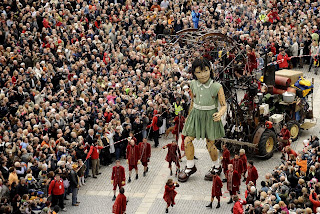 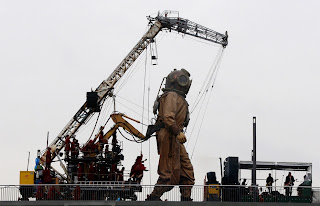 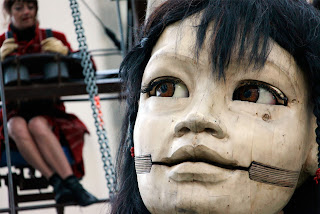 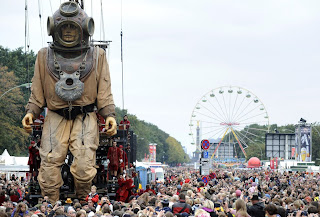 -from boston.com:"Earlier this week, 1.5 million people filled the streets of Berlin, Germany to watch a several-day performance by France's Royal de Luxe street theatre company titled "The Berlin Reunion"Part of the celebrations of the 20th anniversary of the fall of the Berlin Wall, the Reunion show featured two massive marionettes, the Big Giant, a deep-sea diver, and his niece, the Little Giantess. The storyline of the performance has the two separated by a wall, thrown up by "land and sea monsters". The Big Giant has just returned from a long and difficult - but successful - expedition to destroy the wall, and now the two are walking the streets of Berlin"
Just insanely beautiful and inspiring show, well done
check the boston.com website for Way more pictures...through the more infos link